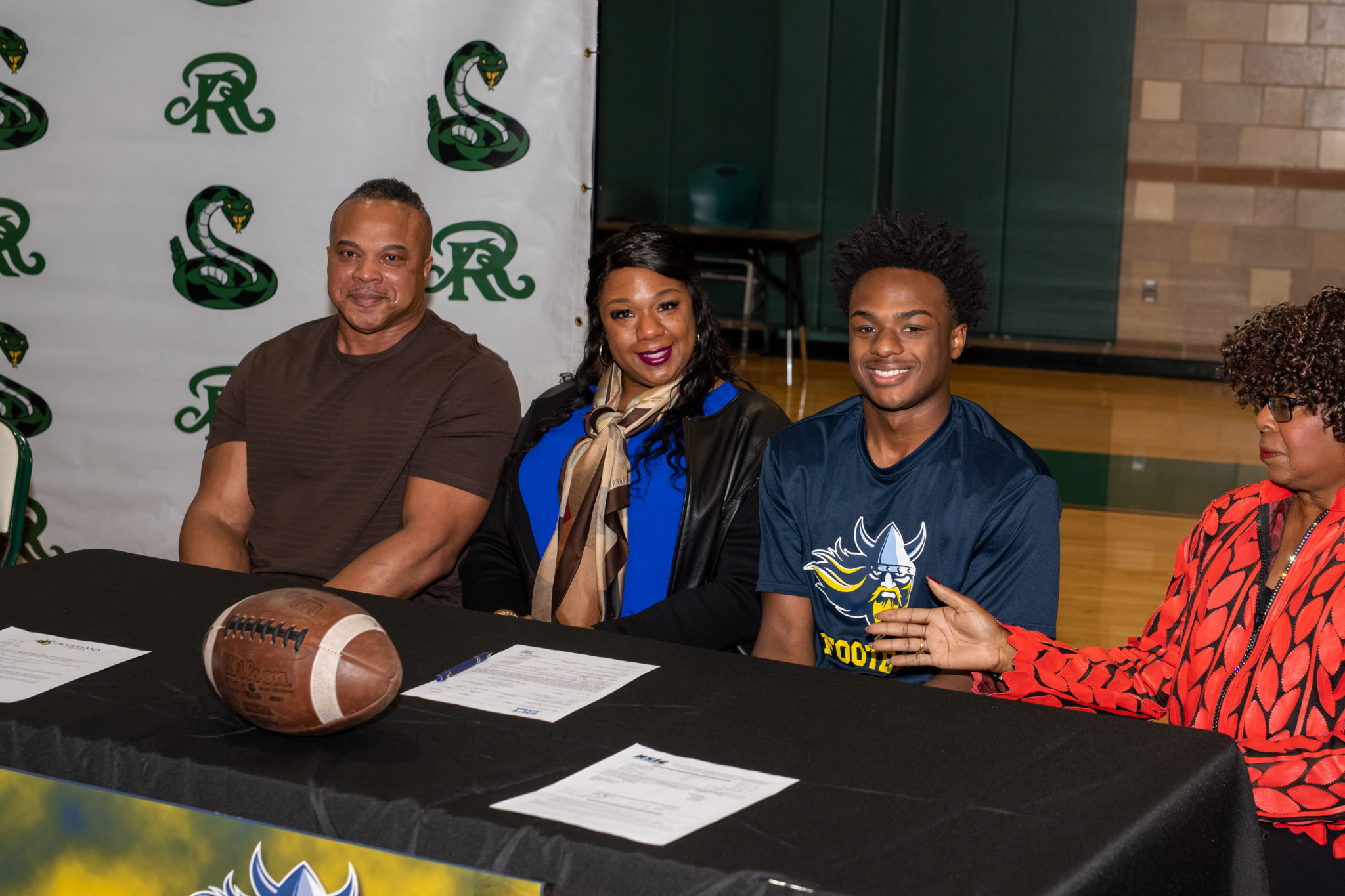 As part of National Signing Day, LaMarq Patterson has committed to play football and continue his academics with Augustana University in Sioux Falls, South Dakota.  LaMarq is a 3 year Varsity Letterman, with 2 years at Reagan High School and 1 year at Cornerstone Christian Schools, playing Cornerback/Defensive Back.  In his Senior year, he had 25 total tackles, 16 solo tackles, 2 interceptions and a fumble recovery. In January, LaMarq represented Reagan Football in the San Antonio Sports All-Star game played at the Alamodome.  In his Junior year, he was at Cornerstone Christian Schools and was ranked #3 Cornerback in Texas Private High School rankings. He also played 7 on 7 for both the Reagan and Silverback University teams.

LaMarq was also on the Varsity Track Team 4 x 4 100m Relay Team as anchor with qualifying times for Texas Relays.  During his freshman and sophomore years, he played JV Basketball for Reagan. He also played AAU Basketball for the Texas Tigers and in 2017, they won the Southwest District finals, and placed 6th place in the nation.

In addition to athletics, LaMarq has been involved with the Fellowship of Christian Athletes (FCA) and was inducted into the National Society of High School Scholars.

We wish LaMarq the best of luck as an Augie Viking!  You can follow him next year on Twitter @AugieFB. #BeAViking #RattlerPride