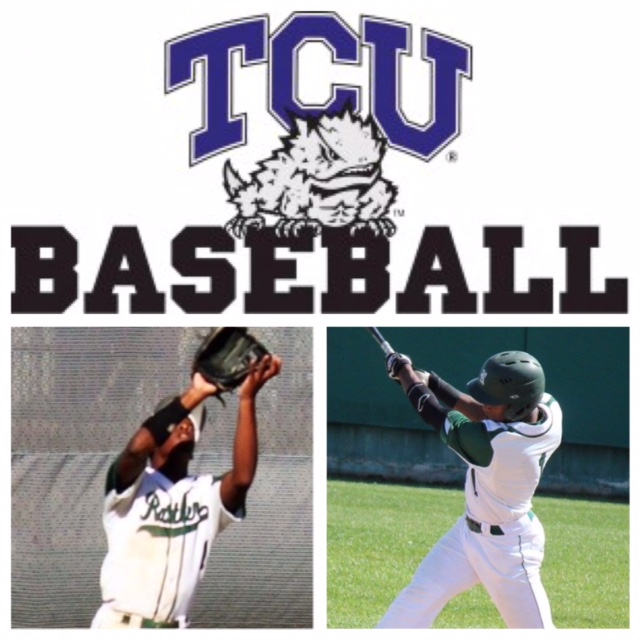 Senior outfielder Porter Brown becomes the 4th Rattler baseball player to make his verbal commitment this week. Porter announced today that he will be continuing his academic and baseball career at Texas Christian University.  As a junior, Porter hit .360 and stole a school record 26 bases.

After previously playing in the Mountain West, TCU joined the Big 12 conference in 2013 and has since had a tremendous amount of success. The Horned Frogs won the regular season Big 12 championship in 2015 & 2017 and were the conference tournament champions in 2014 & 2016. They have 15 NCAA tournament appearances and have made it to the College World Series in Omaha a total of five times. TCU has been to Omaha the last 4 years and are the only team in college baseball to have done so.

Congratulations to our future Horned Frog!!