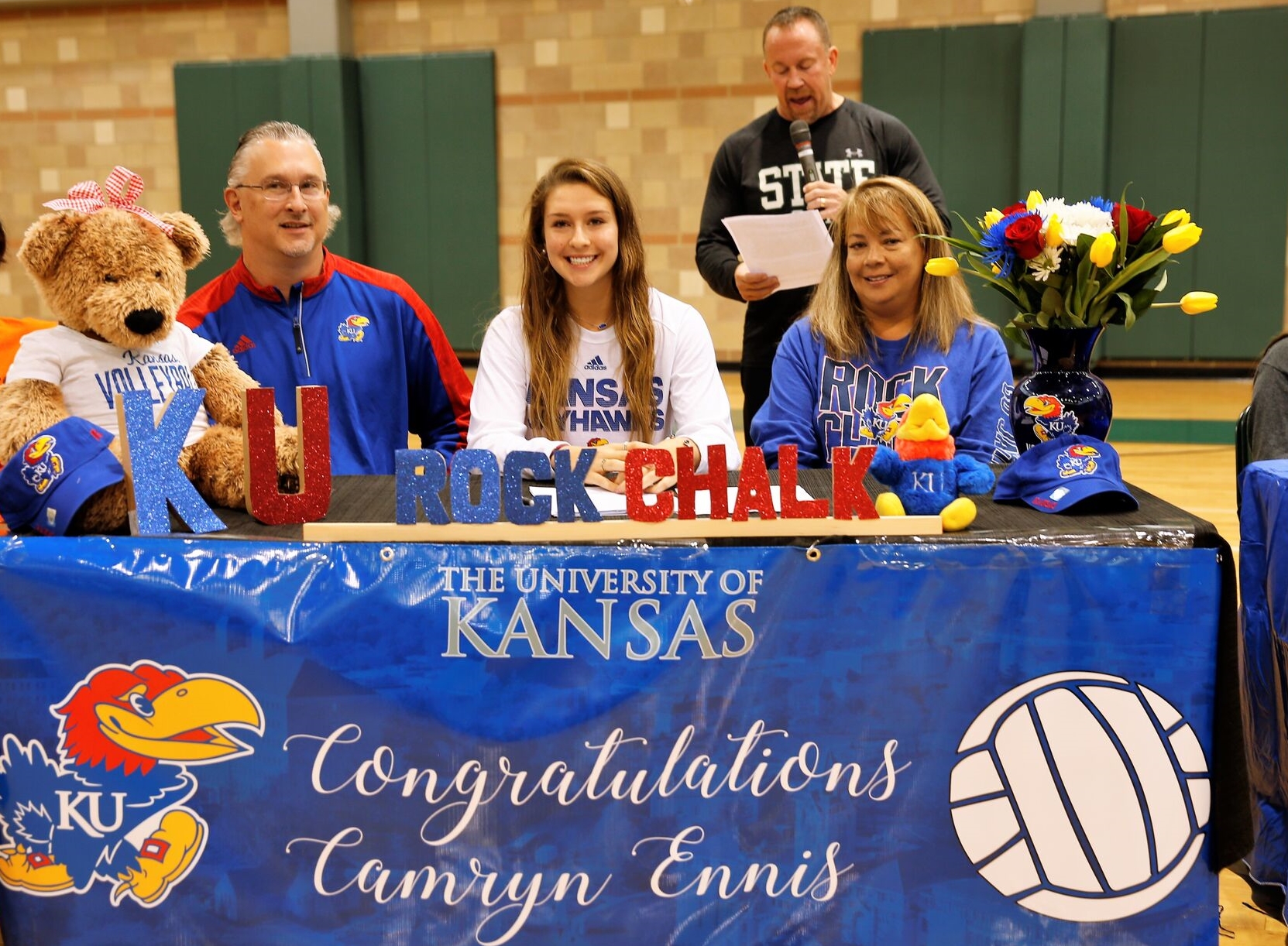 November 8, 2017 – As part of National Signing Day, Camryn Ennis committed to play Volleyball for the University of Kansas.

Ennis is 4 year Varsity letterman at Reagan. As an Outside Hitter and Setter, she has led Reagan Volleyball in assists for the last 4 seasons.

Among her accomplishments this year, Ennis is named 2nd Team Under Armour All American, was named MVP and All Tournament Team at the Adidas Pearland Classic, named All Tournament Team at both the Leander Volleypalooza and the New Braunfels Fraulein Volleyfest, was unanimous 1st Team All District and is the first NEISD Offensive Player of the Year.

We look forward to hearing about Ennis’ continued success as she moves on to the Kansas Jay Hawks!