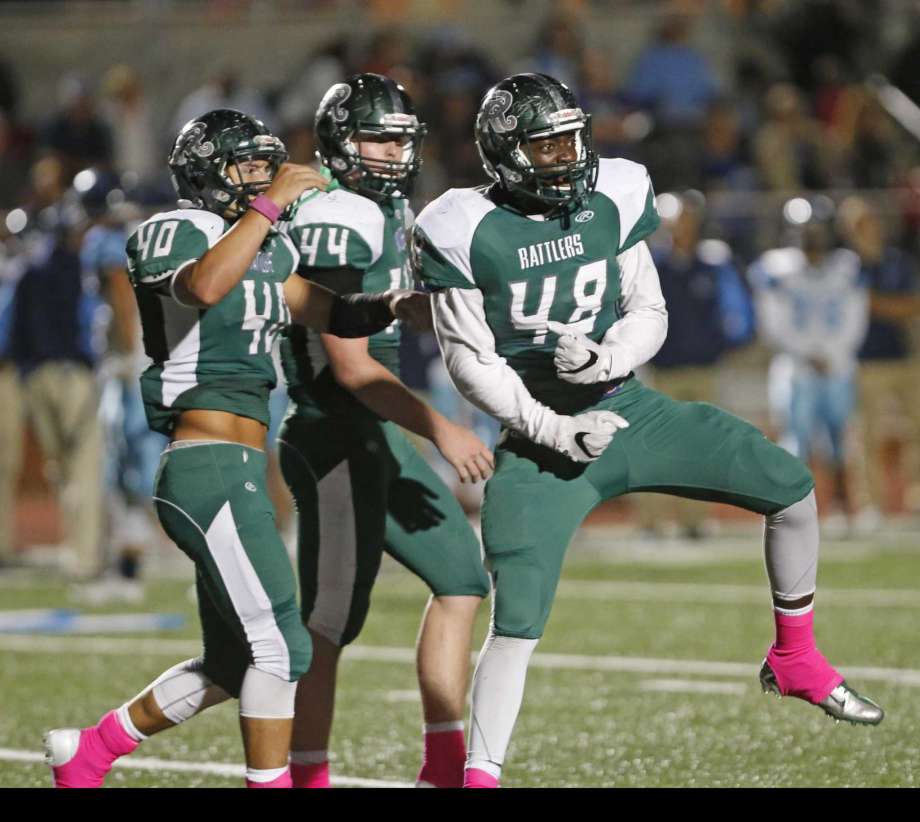 “Fortunately for the Rattlers and their small but shifty running back, he has more than a week to rest and recharge.”

“Duncan, a 5-foot-3, 160-pound senior, accounted for nearly 85 percent of Reagan’s offensive yards and handled the ball on nearly 70 percent of its snaps in a 7-0 win against Johnson in front of 6,799 fans at Heroes Stadium. He ran the ball a career-high 37 times and finished with 195 yards, helping the Rattlers run down the clock and close out their sixth consecutive victory by rushing the ball eight times in a row on their final possession.
“I’m a little tired,” Duncan said. “I was really tired back-to-back running the ball, but we came through to win.”

“The win kept the Rattlers (7-1, 4-0 District 26-6A), No. 6 in the Express-News Class 6A rankings, alone atop the league standings with two regular-season games remaining. They can secure a playoff berth with a Roosevelt loss against Churchill on Saturday or a win against Madison on Oct. 29.”