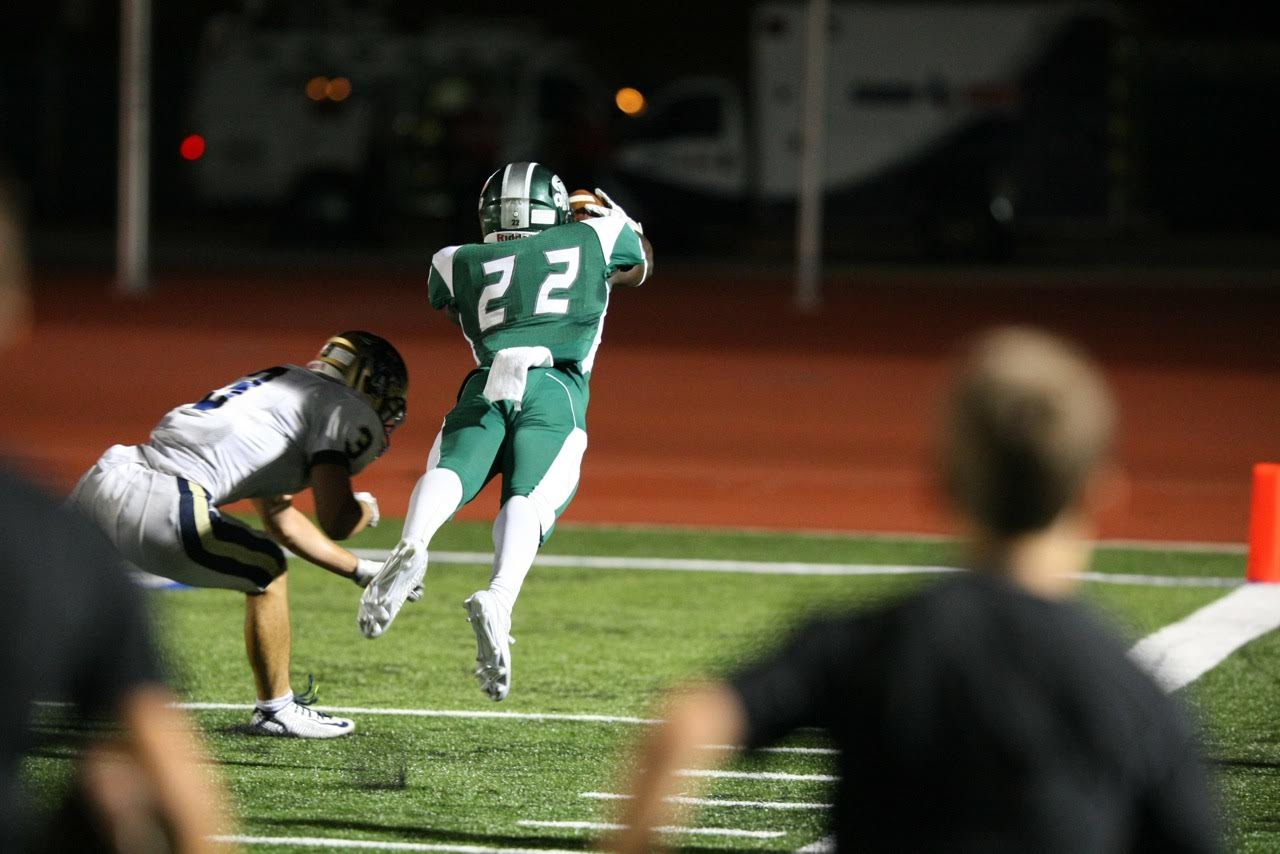 August 29. 2015 – One could argue Marquis Duncan’s most important carry Friday night wasn’t the one that turned heads toward the replay board at Heroes Stadium. Instead, the Reagan junior tailback’s biggest run may have been the one in the fourth quarter that settled stomachs covered in Reagan shades of green, the carry that picked up a big chunk of yards against an O’Connor team building momentum in the midst of a comeback. Duncan and the Rattlers made sure the buffer between the two teams was not a source of discomfort in a 42-19 non-district win in the season-opener for both schools.