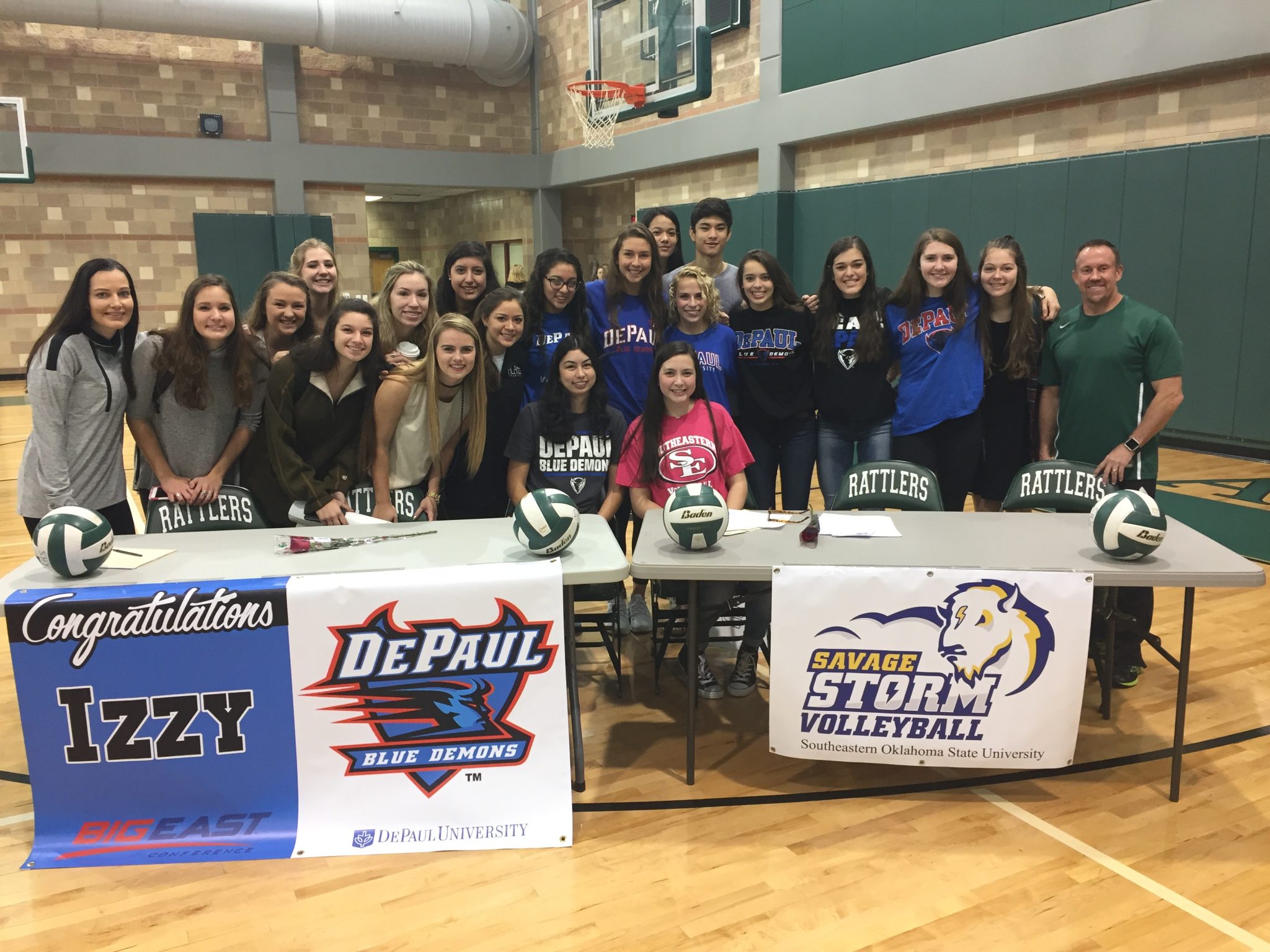 November 9, 2016 – Congratulations to DeLaRosa and Griffith, Rattler Volleyball players, who signed letters of intent to play collegiate volleyball during this first day of the NCAA’s early signing period.

Isabel “Izzy” DeLaRosa, 6’0″ Middle Blocker, has committed to the DePaul University Blue Demons, a Division I program in Chicago. In 112 sets played this season for the Rattlers, DeLaRosa has racked up 319 kills and a .365 hitting percentage – the highest hit and kill % on the team.  She’s also put up 91 blocks with 35 of them solo blocks.

Caroline Griffith, 5’11” Middle Blocker/Right Side Hitter, has committed to Southeastern Oklahoma State University, a Division II program in Durant, Oklahoma.  Another strong offensive player for the Rattlers, Griffith has recorded 75 kills out of 92 sets played and carries a .241 hitting percentage. She’s also racked up 50 total blocks, of which 21 were solo blocks.

These Senior Captains’ leadership and strong performances have helped move the Rattlers to a 40-4 record to date.  Now, they are getting ready to compete in the Regional Semifinals of the UIL State Volleyball Championships vs. McAllen Memorial on Friday. November 11 at UT Rio Grande Valley.

Good luck to these Rattlers on their bright college futures and to the entire team as they progress in the UIL State Volleyball Championships!