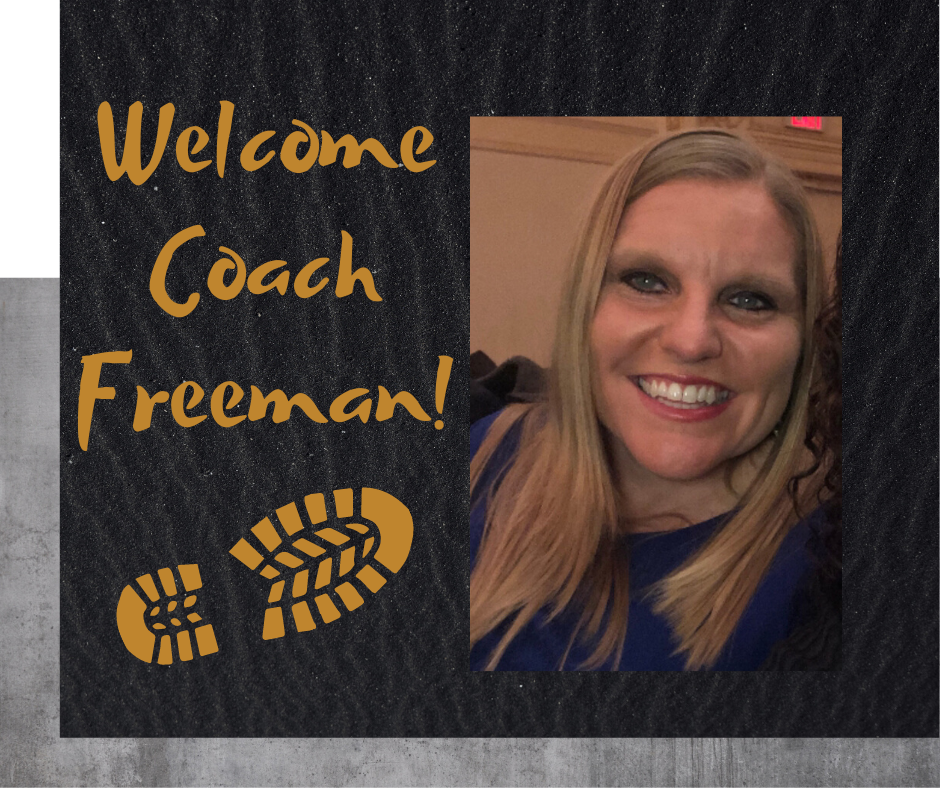 Rachel Freeman joins Reagan at the beginning of her 14th year of teaching and coaching as our Head Cross Country and Assistant Track & Field coach.

Prior to joining Reagan, Coach Freeman was assistant cross country and track coach and a Special Education teacher at Stevens High School in NISD. While at Stevens, the girls cross country team and individual boys were regional qualifiers both years.

Before Stevens, Coach Freeman spent 4 years as Assistant Coordinator at Eisenhower Middle School in NEISD.  While there, she coached basketball and track, taught PE and served as the Department Chair for PE and Health.  She also led numerous athletes to the “Meet of Champs”.

Coach Freeman graduated from Rockport-Fulton High School where she was a 3 sport varsity letterman and a 3 time State qualifier in cross country and track. After high school, she attended Texas A&M University Corpus Christi where she served as team captain for the Islander women’s cross country and track teams while earning her B.S. in Kinesiology. While earning her M.S. in Secondary Education, she coached a 3x NCAA D1 National Champion in the 5000 and 10,000 meters.

Coach Freeman loves coaching because of the kids and the passion she has for the sport. She shared, “There is no other feeling quite like helping young athletes develop character traits such as persistence, determination, dedication, resiliency, discipline, work ethic, heart, selflessness, leadership and love for yourself and a team – not just in competition but in life.”

Coach Freeman is married to Greg and they have a 7 year old son, Dash. Her and her family love the outdoors and creating family memories. They took a 20 day, 7500 mile, cross country road trip visiting 13 states, 2 countries and tent camped in Yellowstone National park.

We are excited to have Coach Freeman join the Rattlers and look forward to continued success on the trails and the track!