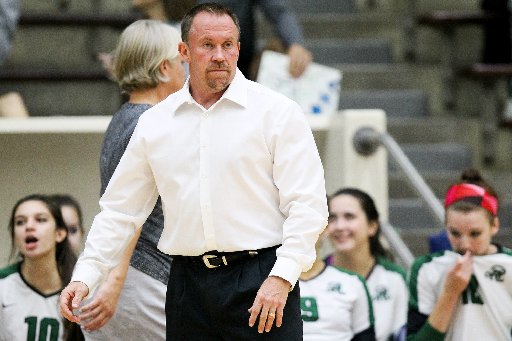 August 12, 2016 – Reagan volleyball coach Mike Carter collected his 800th victory during the Rattlers’ 25-22, 25-16 win over Pearland on Friday at the Adidas Invitational in Pearland.

Carter is the first area coach to reach the 800-win plateau and is believed to be only the 13th coach in Texas high school history to do so.