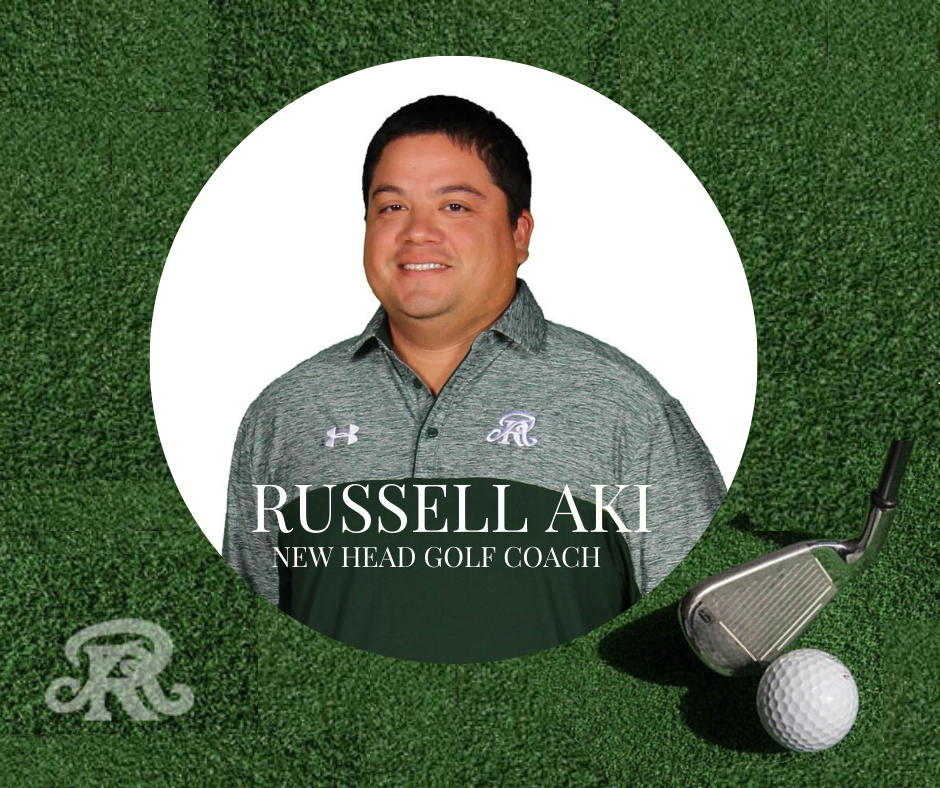 Congratulations to Coach Russell Aki on his promotion to Head Golf Coach for the boys and girls golf teams at Reagan.

Aki began his college career at the University of Mary Hardin Baylor where he also played football. He then transferred and graduated from Texas State University with a bachelor’s degree in Exercise and Sports Science with a minor in History.  While at Texas State, Aki was the Program Director/Lead Instructor for their Junior Golf Program.

He graduated from Katy High School where he played football and was a part of their 2003 State Championship team. He also golfed for the Katy Tigers.

Coach Aki is married to Emily and they have three daughters: Katy, Maile and Emma.

We wish Coach Aki the best of success with our Rattler Golf program!