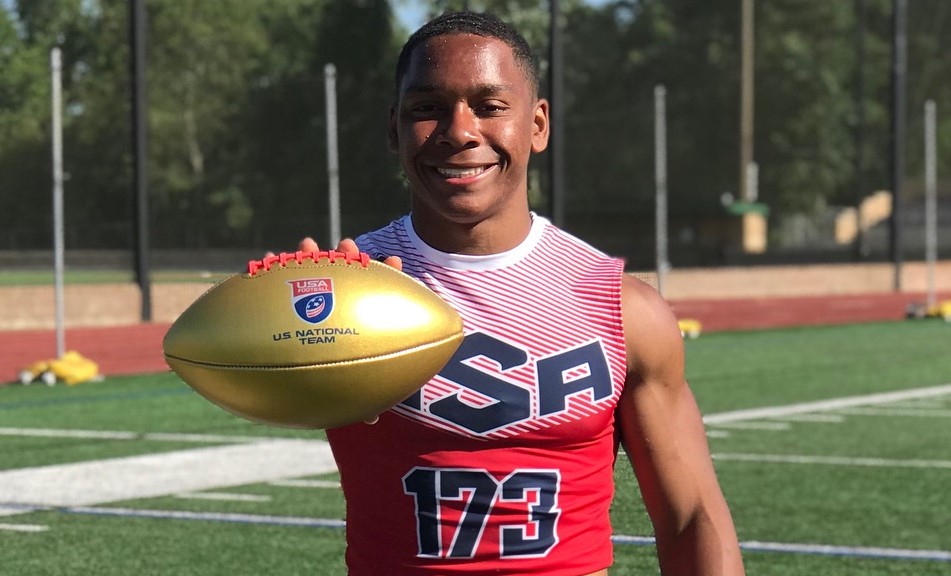 April 20, 2018 –  Reagan Football’s, John Carrington, attended the USA Regional Tryout for the U.S. National Football Team on April 17, 2018 in Houston.  This tryout was by invitation only. During Regionals, Carrington earned the Most Valuable Player award (and the Gold Ball award) and earned a spot on a U.S. National Team.  He will compete in January at the AT&T Stadium, home of the Dallas Cowboys, and face top players from other countries.

Congratulations John on this outstanding performance and recognition!