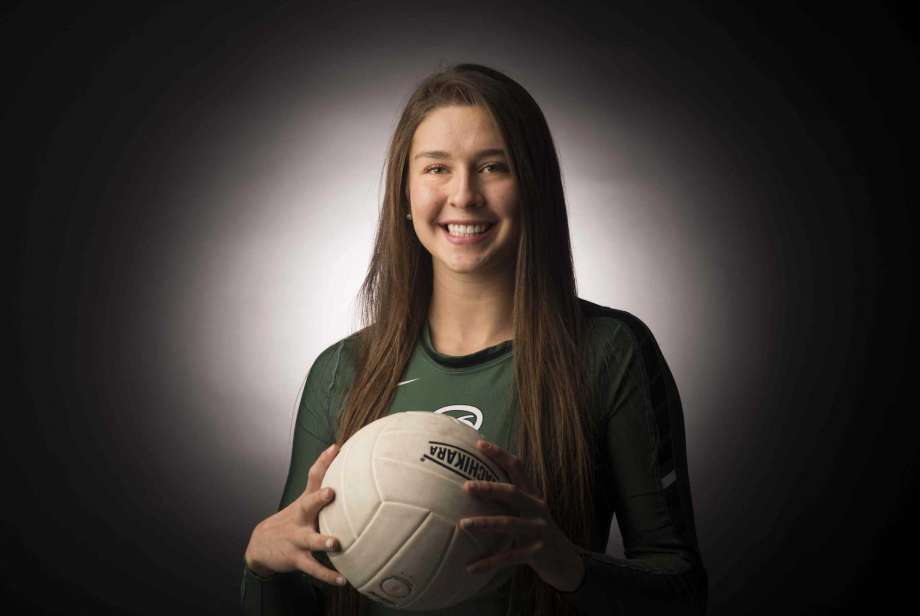 December 18, 2016 – Reagan’s Camryn Ennis is the 2016 Express News Volleyball Player of the Year. Reagan’s Elissa Barbosa was named to the Area Super Team. Additionally, both Ennis and Barbosa were named to the 6A Team with Ennis being selected as the team’s MVP.  See original article by Terrence Thomas, Express News, for all Area recognition.

Player of the year

Best performance: Had 16 kills, 26 digs and 23 assists in four-set win over Brandeis in the Region IV-6A final.

Notable: TGCA Class 6A All-State … Unanimous All-District 26-6A … UIL 6A all-state tournament team … MVP at North East tournament, all-tournament at Pearland and Leander … Selected to play in TGCA All-Star match this summer … Had 438 kills, 442 digs, 854 assists, 40 blocks and 32 aces … Made Super Team last year … Committed to Kansas.
Quotable: “It is rewarding as a coach to see good things happen to good kids. Camryn has had to overcome a couple injuries to get where she is. Most just get to see the skill on the court but I get to see the kid that puts in the extra training reps, conditioning. She is respected by her teammates and leads by a positive example.” — Reagan coach Mike Carter

Photos by Carlos Javier Sanchez / For The Express-News