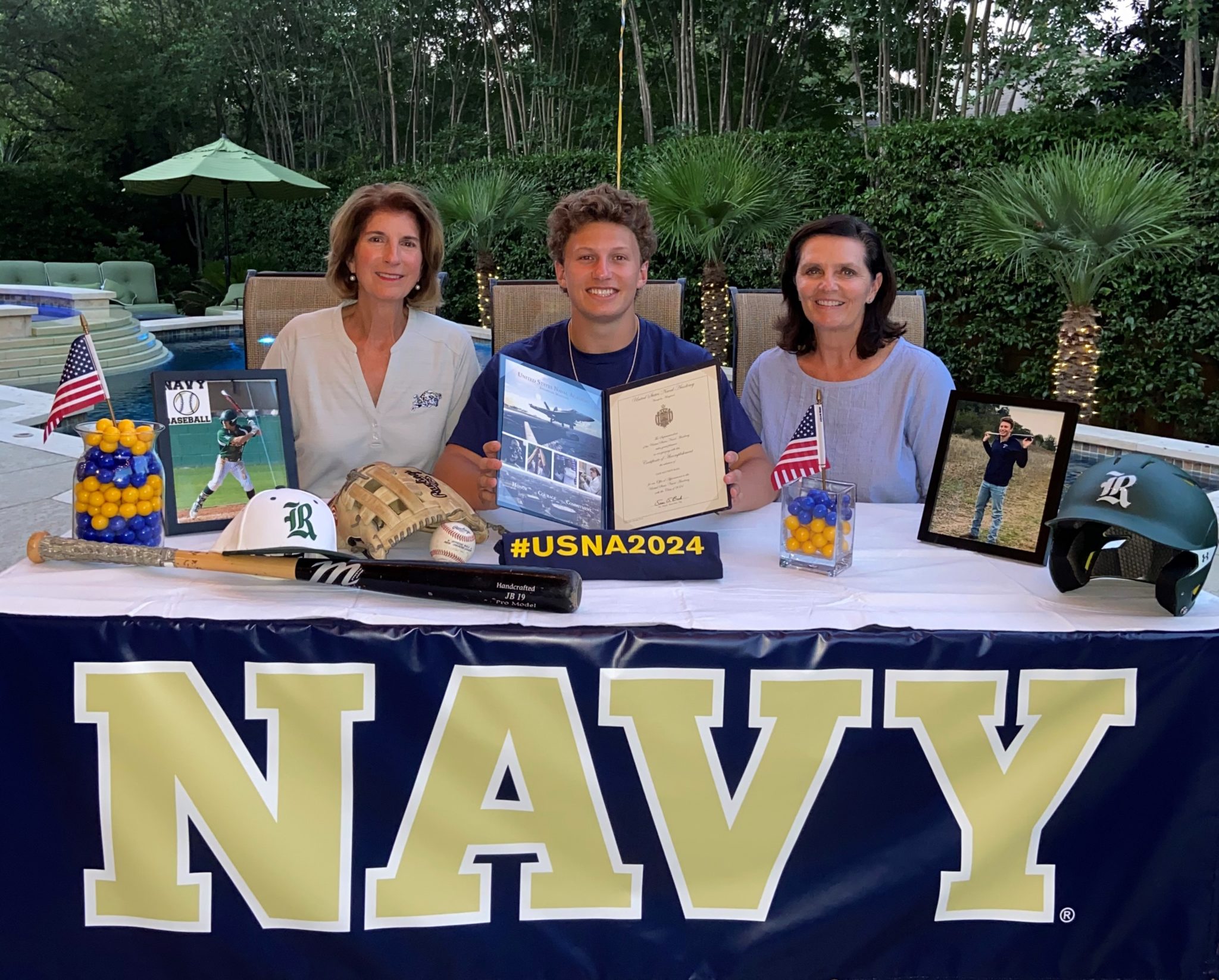 Zane Raba signs his commitment to play baseball and continue his academics at the prestigious United States Naval Academy in Annapolis, Maryland.

Zane was a 3 year Letterman who played an instrumental role in Reagan’s Varsity Baseball team as an outfielder and earned his Varsity letter during his sophomore year.  Although this year’s season was cut short, he was already named to the 2020 Rawlings Perfect Game Pre-Season All Region Team and Under Armour Pre-Season All American. In 2019, he was named 1st Team All District-Outfielder *unanimous selection and the team was a Regional Semi-Finalist.  That year, he was also named to the Rawlings Perfect Game Pre-Season Underclass All American and also the Under Armour Pre-Season All American.  In 2018, Zane was named 2nd Team All District – designated hitter as a sophomore.  This was the year the team was the 6A State runner up and the Region 4 Champion.

He has played summer select ball with the South Texas Sliders, PrimeTime Baseball and most recently for Bartolucci Baseball Club.

Zane was also a letterman and played Wide Receiver for the Reagan Football team.  In 2019, he earned Academic All State second team and was named the Offensive Player of the Week in Reagan’s defeat of Clemens on September 13th.

We wish Zane the best of success at the Naval Academy!  You can follow him next year @NavyBaseball