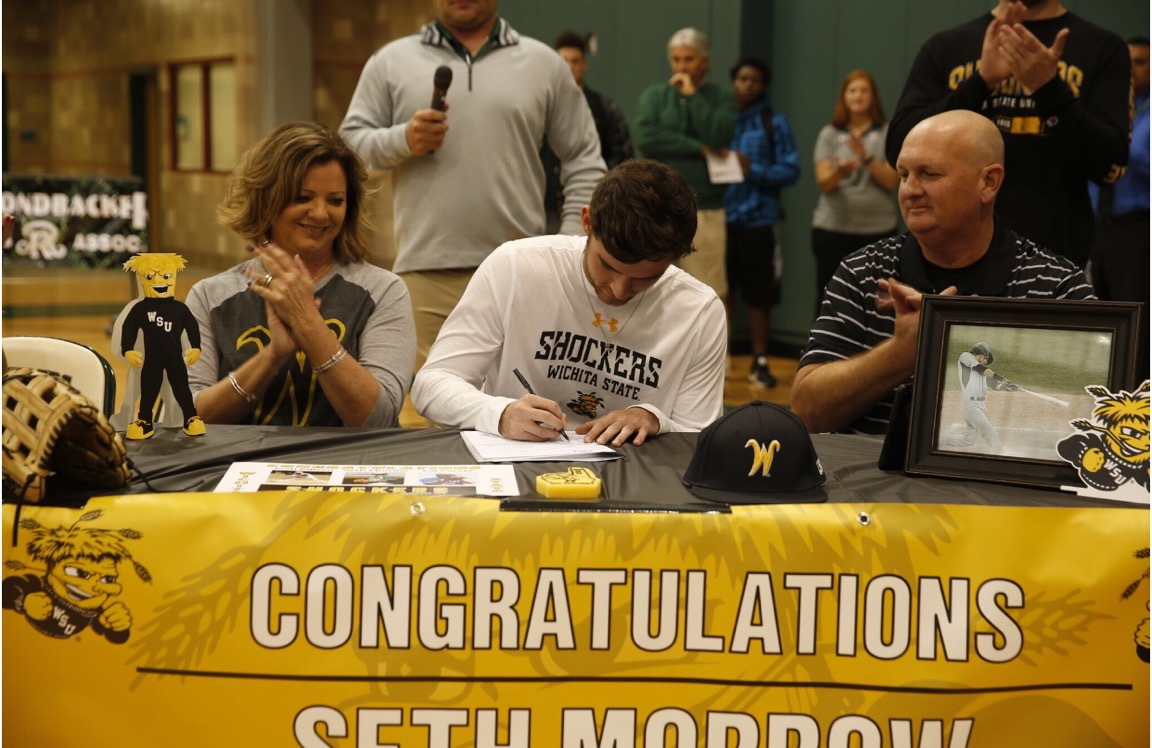 Seth is a 4 year letterman for the Rattlers and a 4 year starter on the varsity baseball team.  Seth is only the 3rd player in Reagan’s history to start all 4 years on vvarsity.

As a junior, Seth tied for the district 26-6A lead in walks (23) and RBI (30). He also finished 2nd in the district in hits (39). During the spring, he was selected as a Perfect Game/Rawlings Preseason Honorable Mention All-American. He was also rewarded for his play in Round Rock during the Texas 6A State Championship and was named to the All-Tournament team. After completing his high school season, Seth was invited to the Area Code Tryouts in Dallas. In Atlanta in July, Seth was selected for the All Tournament team after competing in the WWBA 17U National Championships. This was the second time Seth received this honor as he was also selected for the All-Tournament team after his sophomore year after playing in the WWBA 16U National Championships.

We would like to congratulate Seth and wish him continued success in Wichita as a member of the Shocker Baseball team.

Seth is pictured with his parents Mike and Raelynn and was also joined by his older brother and former Rattler Tristan.