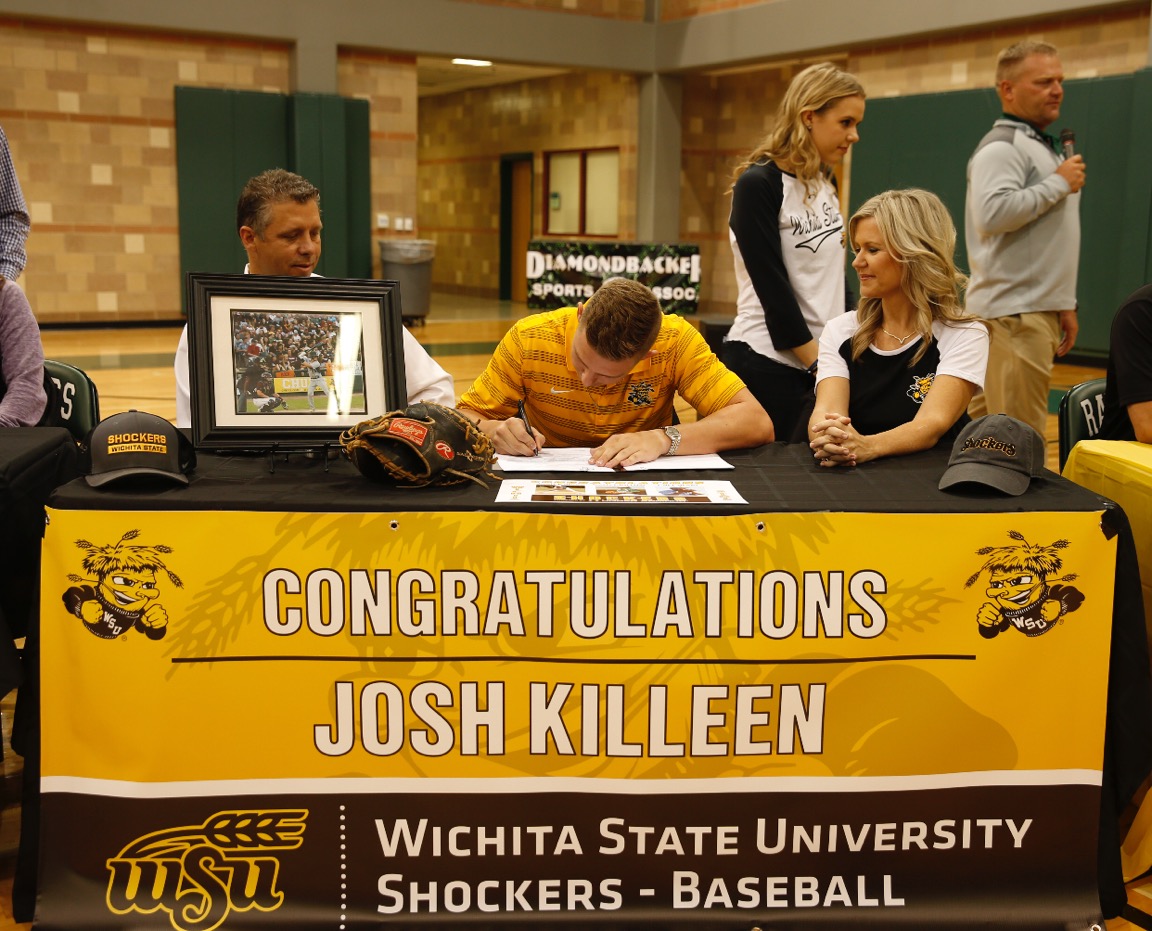 Josh is a 3 year letterman for Reagan Baseball and a 2 year starter.  He was recruited to WSU as a catcher but has shown great versatility being named 2nd team All-District as a 2nd baseman his junior season.  Josh was tied for the district lead in RBI and was in the top 5 in hits (4th) and runs scored (5th).

After his junior year, he received an invitation to the Area-Code Game tryout and performed well enough to be extended an invite to play in the Texas Scout Association All-Star Game in Round Rock at Dell Diamond.  He was also named to the All-Tournament Team during the WWBA 17U National Championship.

We wish Josh the best of luck and continued success at Wichita State.  Congratulations on this most recent achievement.

Pictured with Josh are his parent Tim and Suzie along with his sister Emma.