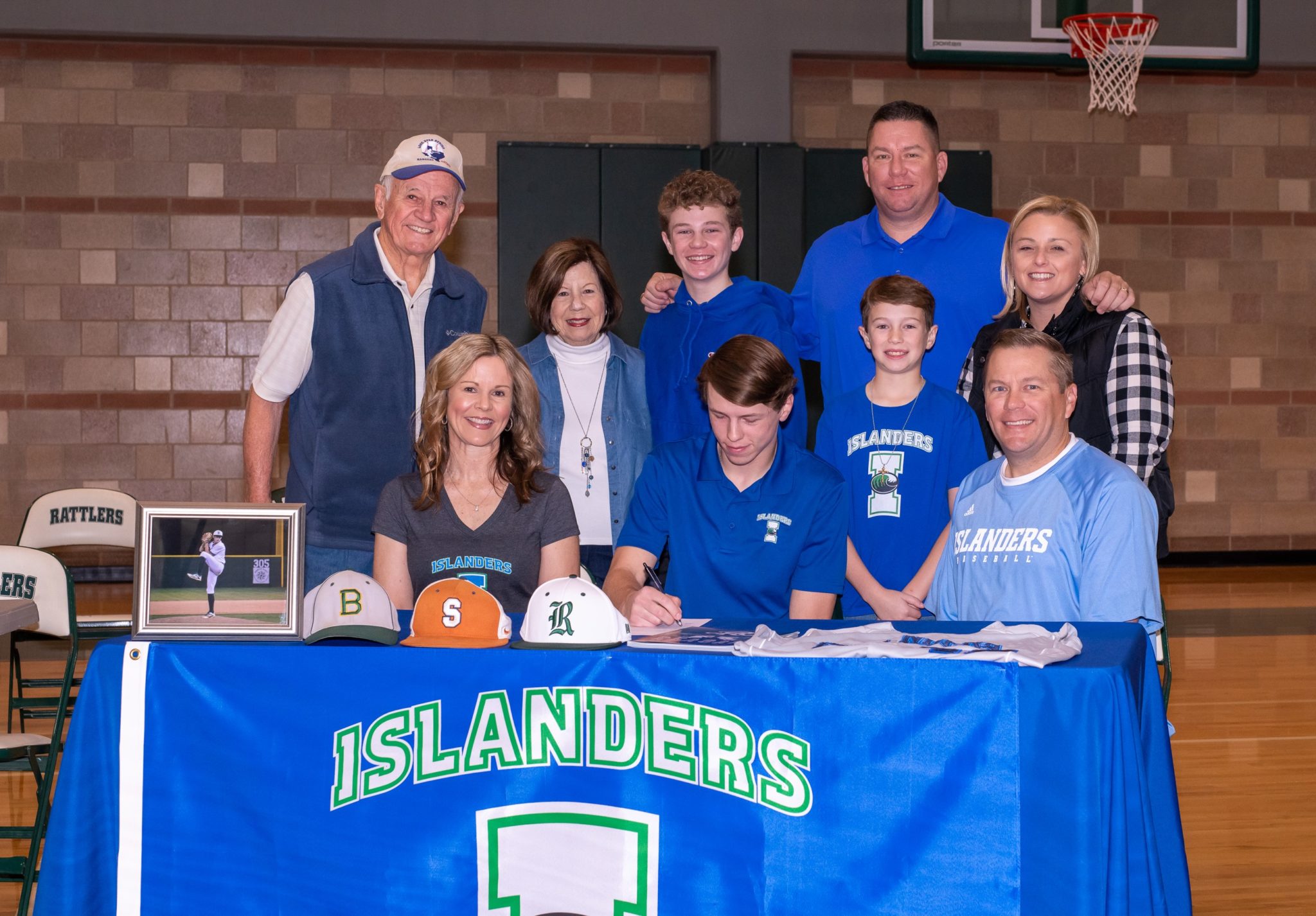 As part of National Signing Day, JT Moeller committed to further his academics and continue his baseball career at Texas A&M University-Corpus Christi.

As a junior starter for Coach Chapman’s Rattlers last season, he was selected to the 2019 26-6A All-District team as a Utility player.  He played 2nd Base, Right Field and pitched for the Rattlers in earning this honor. Head Coach Chans Chapman said JT was “a big core of our success”!

Congratulations JT!  We look forward to following your baseball career at the next level as an Islander!  @JT_Moeller10  @IslandersBSB