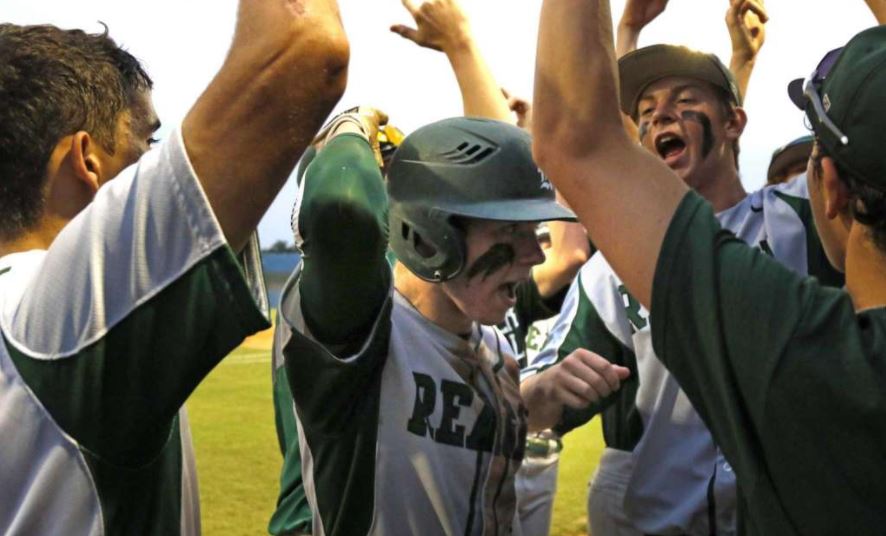 May 26, 2017 – Reagan Rattlers swept Southwest in the Region 4-6A Semi-Finals with scores of 9-1 in Game 1 and 6-1 in Game 2 tonight.  In the Regional Finals, the Rattlers will face the winner of Churchill vs McAllen. Adam Zuvanich for the SA Express-News summarized tonights game, Hoggatt’s latest playoff gem sends Reagan to regional final. “Mr. May made sure Reagan will play baseball in June.

Jake Hoggatt, a senior left-hander who pitched sparingly and with mixed results during the regular season, continued his playoff mastery Friday night in Game 2 of a Region IV-6A semifinal series against Southwest. He tossed a complete game and did not allow a run until the seventh and final inning, leading the Rattlers to a 6-1 win at the SAISD Sports Complex and a series sweep.

Hoggatt, dubbed “Mr. May” by his teammates, earned two wins and had three scoreless outings during Reagan’s run to the regional semifinals two years ago. Half of his four wins this season have come in the playoffs, when he has allowed four runs in 17 innings.

“He’s always been a competitor on the mound,” Reagan center fielder Cade Bormet said. “He throws good stuff and he’s fun to play behind.”

The Rattlers (28-8), No. 10 in the final Class 6A poll released by the Texas High School Baseball Coaches Association, advanced to the regional final for the seventh time in their 18-year history. They will face either No. 4 Churchill, which beat Reagan twice en route to winning the District 26-6A championship, or No. 8 McAllen next week for the right to reach the UIL state tournament.”