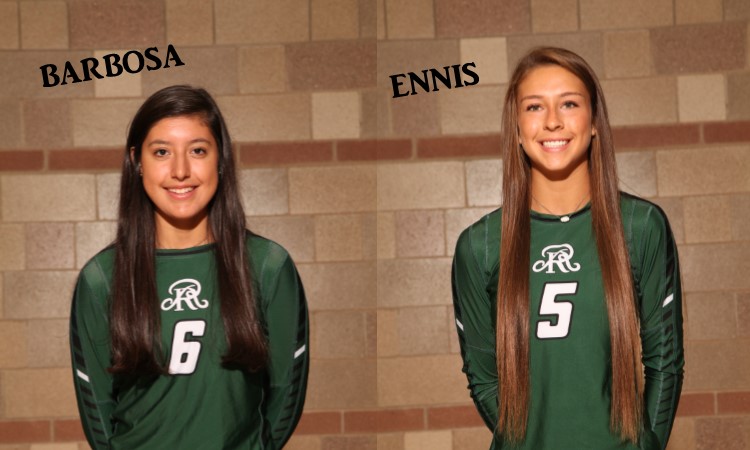 August 15, 2016 – Rattlers, Elissa Barbosa and Camryn Ennis, were named to the All Tournament Team at the Adidas Texas Volleyball Invitational (TVI). The TVI, held in Pearland, Texas, hosted 80 competitive teams from across the state and is the nation’s largest high school tournament. Only 22 players were named to this prestigious All Tournament Team.  Barbosa, a Reagan Junior, is a 6 rotation player and outside hitter for the Rattlers. Ennis, also a Junior, is a 6 rotation player and is the team’s setter and hitter.  Ennis has already committed to play at the University of Kansas.

Congratulations to these accomplished athletes on their performance at the Texas Volleyball Invitational!

See the complete list for the Adidas TVI All Tournament Team here.