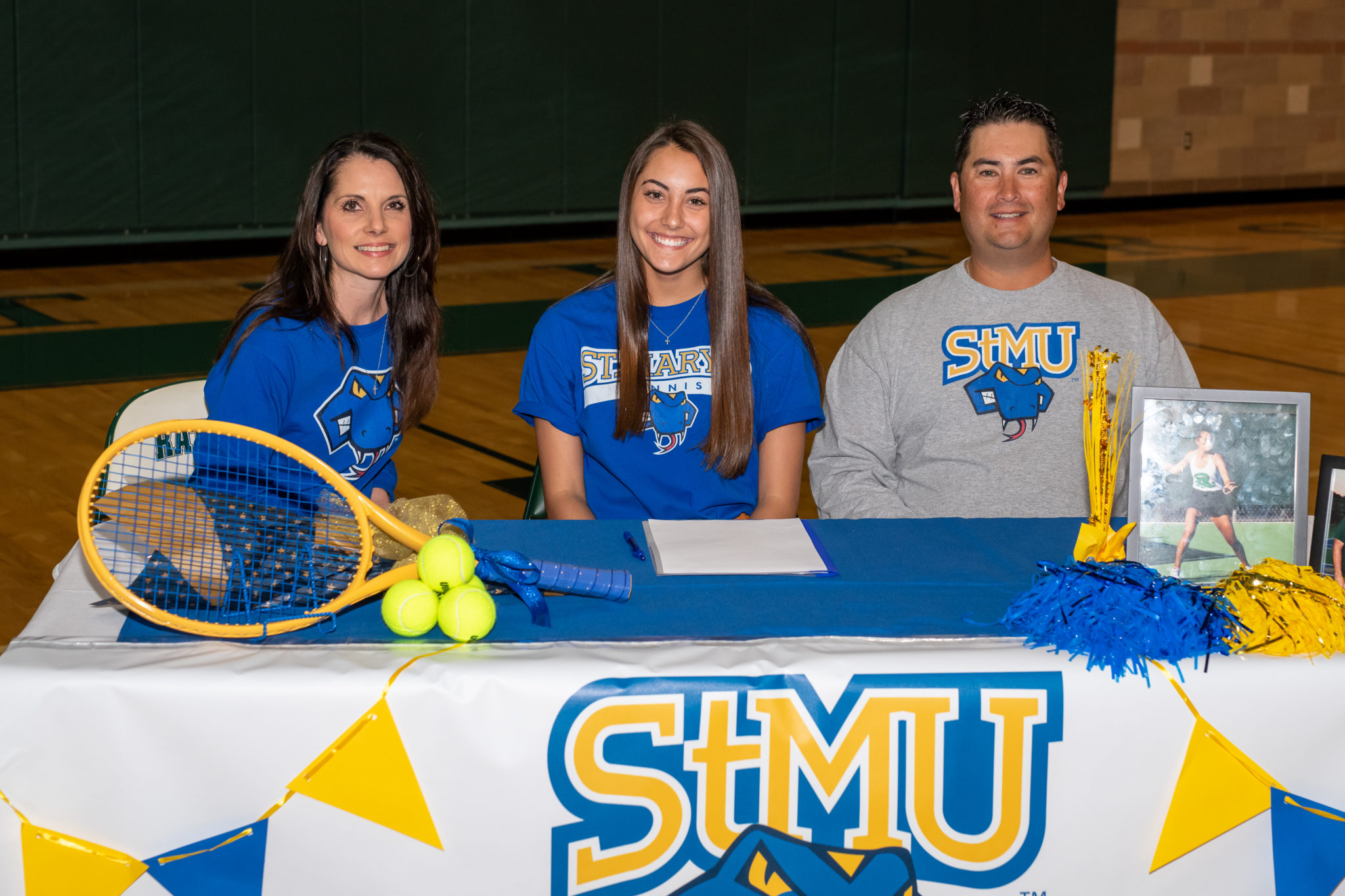 Bailey is a 4 year letterman that played #1 singles and #1 doubles this year.  In her career, she never lost a district match and led Reagan High School in wins each of her 4 years.

As a senior, she helped Reagan win their 7th straight District title, going undefeated in singles and doubles in district matches and playoff matches.

As a junior, Bailey went undefeated in singles and doubles the entire team season and won her 3rd straight District title in the spring individual season.  She was selected to the Express News All-Area Team.

As a sophomore, she was a State Qualifier in doubles, making it to the final 8 teams out of 512.  She was selected to the Express News All-Area Super Team.

As a freshman, Bailey played #2 singles and #1 doubles.  She won her 1st District title in singles taking the finals 6-1, 6-0 against Churchill to advance to Regionals.

We wish Bailey continued success as she continues her academics and athletics as a Rattler at St. Mary’s University!