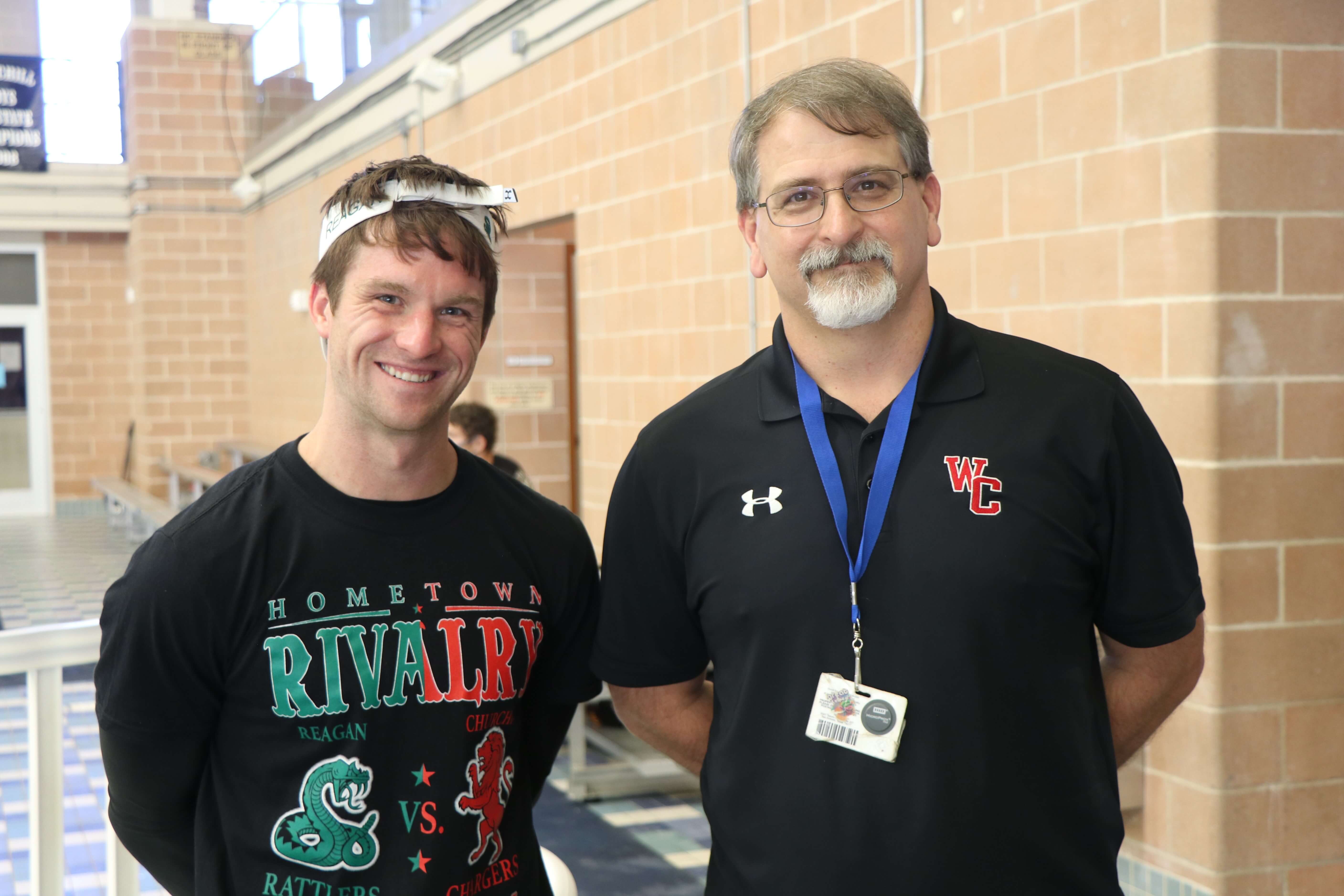 This meet is an annual event sponsored by Reagan’s and Churchill’s Aquatics teams (Rattlers Coach Rourke and Chargers Coach Jedow featured in the above photo).  Both teams take on their community service project by selling Dual in the Pool shirts to family and friends, with the proceeds to benefit a student from one of the schools who is battling cancer, or to another person or organization who may be the benefactor of the teams’ cause.  This year’s project proceeds will be given to the Doug Gjersten Cancer Fund.