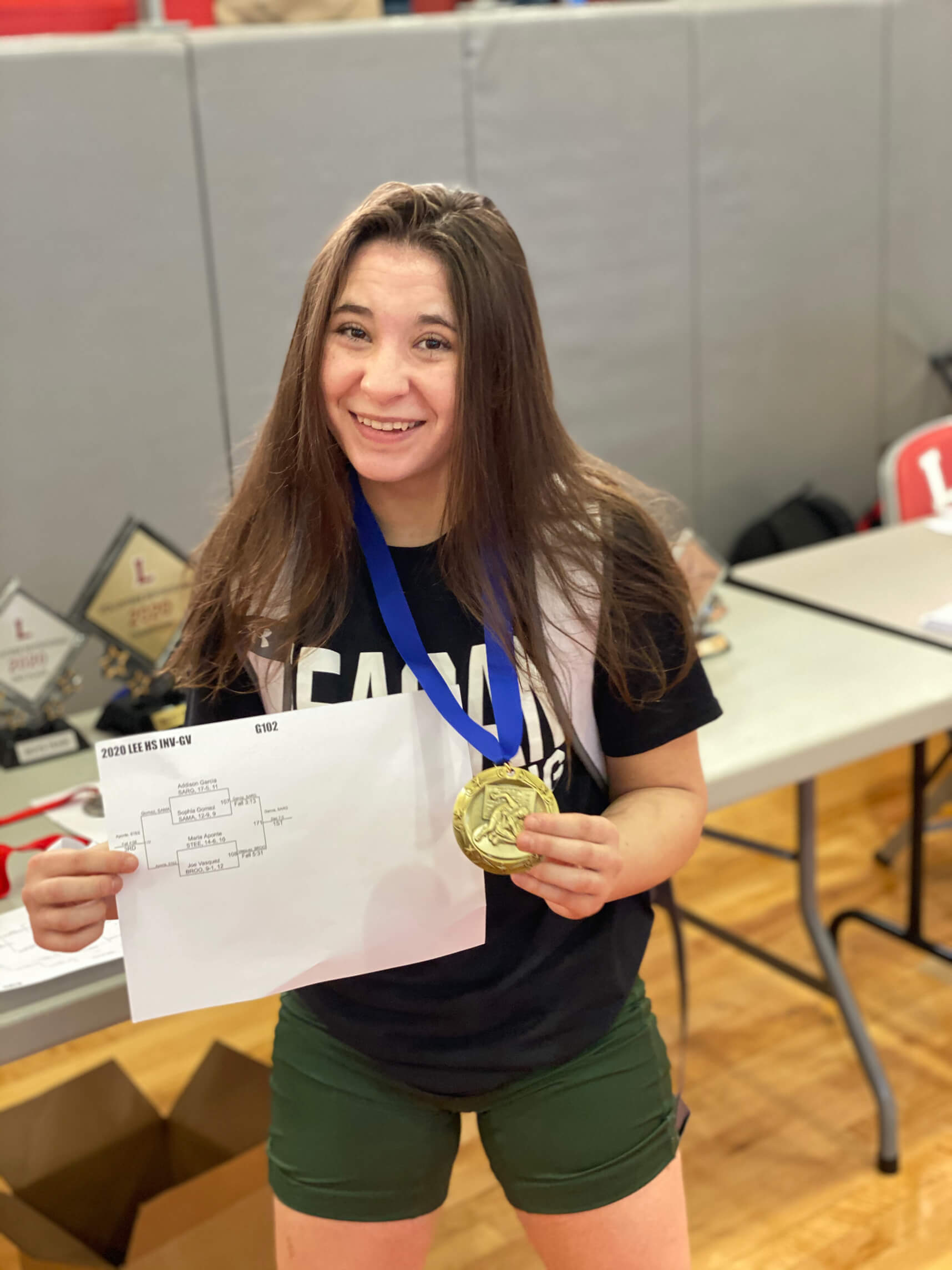 Ten Rattlers (7 Boys, 3 Girls) took on the competition at Lee High School in the Lee Invitational on Saturday.

Junior Addison Garcia (102#) pinned her opponent in the Semifinals to advance to the Finals to face Senior Joe Vasquez from San Antonio Brooks Academy.  Garcia had lost to Vasquez in the Finals at the Maverick Invitational last December, and came out hungry.  She scored on a take down in the first period, a reversal in the second period, and a near fall in the third period, all the while holding Vasquez scoreless for a final win 7-0.

Next up the Rattlers host the Bill Gillespie Classic Dual Tournament Friday, January 17th at 4:30pm.  Come out to Reagan to support your Rattlers as they continue on the road to the District Tournament!