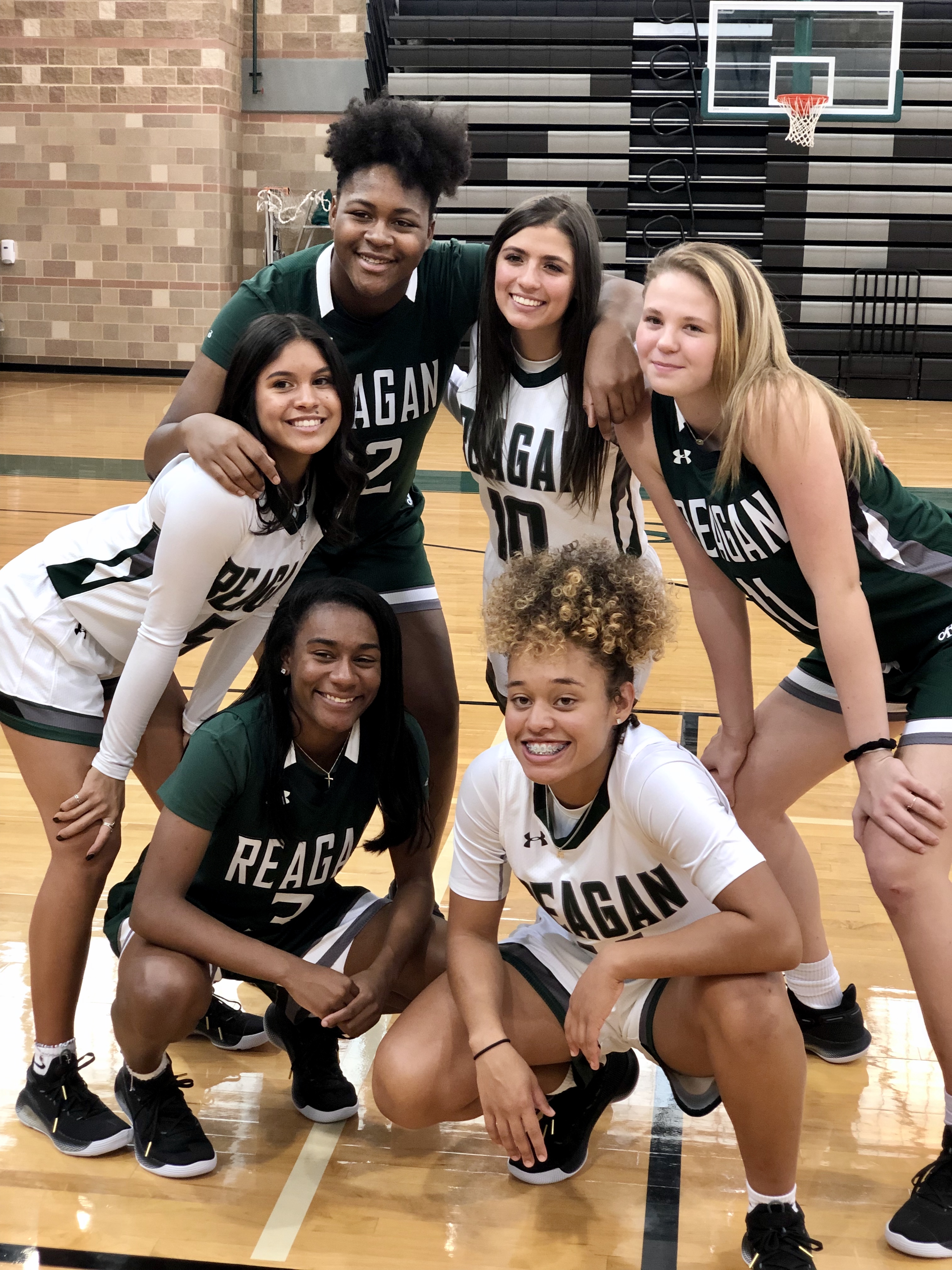 The Lady Rattlers are off to a great start in District 27-6A with two more wins last week to put them at 3-0.

The South San game was played on December 30th at South San, with a rowdy crowd out in force for the Bobcats.  The Rattlers had an easy lead at the half and allowed South San to come all the way back to within three at the end of the third.  The fourth quarter wouldn’t prove as easy for the Bobcats and the Rattlers came roaring back to make it a 21-point win, final score 67-46.  S Wagner had 26pts/14reb/4asst, C Iwuala had 23pts/16reb/3blks and J Martinez added 10 points in the win.

The big rivalry game against Johnson on January 3rd didn’t disappoint, with Reagan getting out to an early lead but Johnson keeping it interesting through the game.  C Iwuala added 22pts/4reb/4blks highlighted by a coast-to-coast euro-step layup late in the game that had the crowd on its feet.  S Wagner was faceguarded early and didn’t get a lot of touches in the first quarter but sank a 1/3 court shot at the buzzer to excite the crowd.  Wagner finished with 17pts/14reb/3asst/3blks.  N Wilson had a breakout game moving so well in transition and attacking in the paint that she finished with a season-high 21pts/7reb.  This one was fun to watch! Final score 67-51.

Come support your Lady Rattlers next against Churchill Tuesday January 7th at 8:00pm at Blossom.