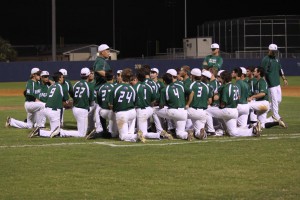 Bormet racked up two RBIs on two hits for 2016 Reagan Rattlers Varsity. He singled in the second inning and doubled in the fifth inning.

Landry Wideman got the win for Churchill . He allowed one run over four innings. Wideman struck out none, walked two and gave up five hits.

Churchill was sparked by Jordan Cardenas and Grant Gomez, who teamed up for four hits and two RBIs.

Andres Sosa couldn’t get it done on the mound for 2016 Reagan Rattlers Varsity, taking a loss. He allowed nine runs in five innings, walked four and struck out two.

Churchill never trailed after scoring two runs in the first on a groundout by Cort Jacquess.