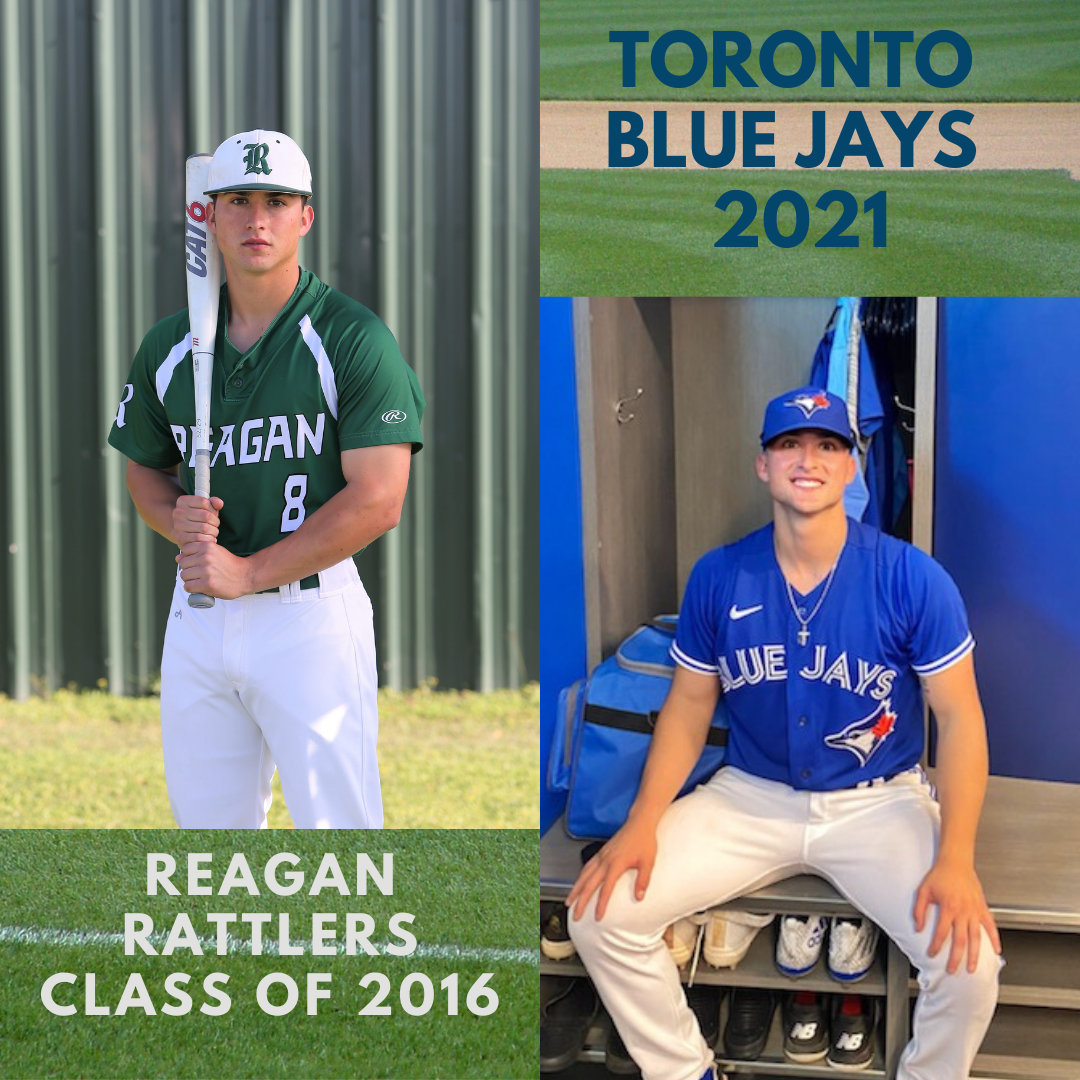 Congratulations to Andres Sosa, Reagan’s class of 2016, for signing with the Toronto Blue Jays.

Sosa was a standout player for the Rattlers for 4 years as pitcher and shortstop. Head Baseball coach, Chans Chapman, extends his congratulations, “Andres is a great kid and an extremely hard worker. It’s not surprising that he has a chance to play pro baseball.”

After Reagan, Sosa played Baseball for the University of Texas (2017), San Jacinto Junior College (2018), and spent the remainder of his college career at Dallas Baptist University (DBU).  This past last year at DBU, he played 45 games and hit .234 with 9 home runs and 32 RBIs.

Sosa was drafted by the Blue Jays as a free agent and will begin his MLB career as a catcher/infielder. He’ll train in the off-season in the San Antonio area for his debut 2022 season.

We are proud of this former Rattler and look forward to watching Andres continue his success on the field!