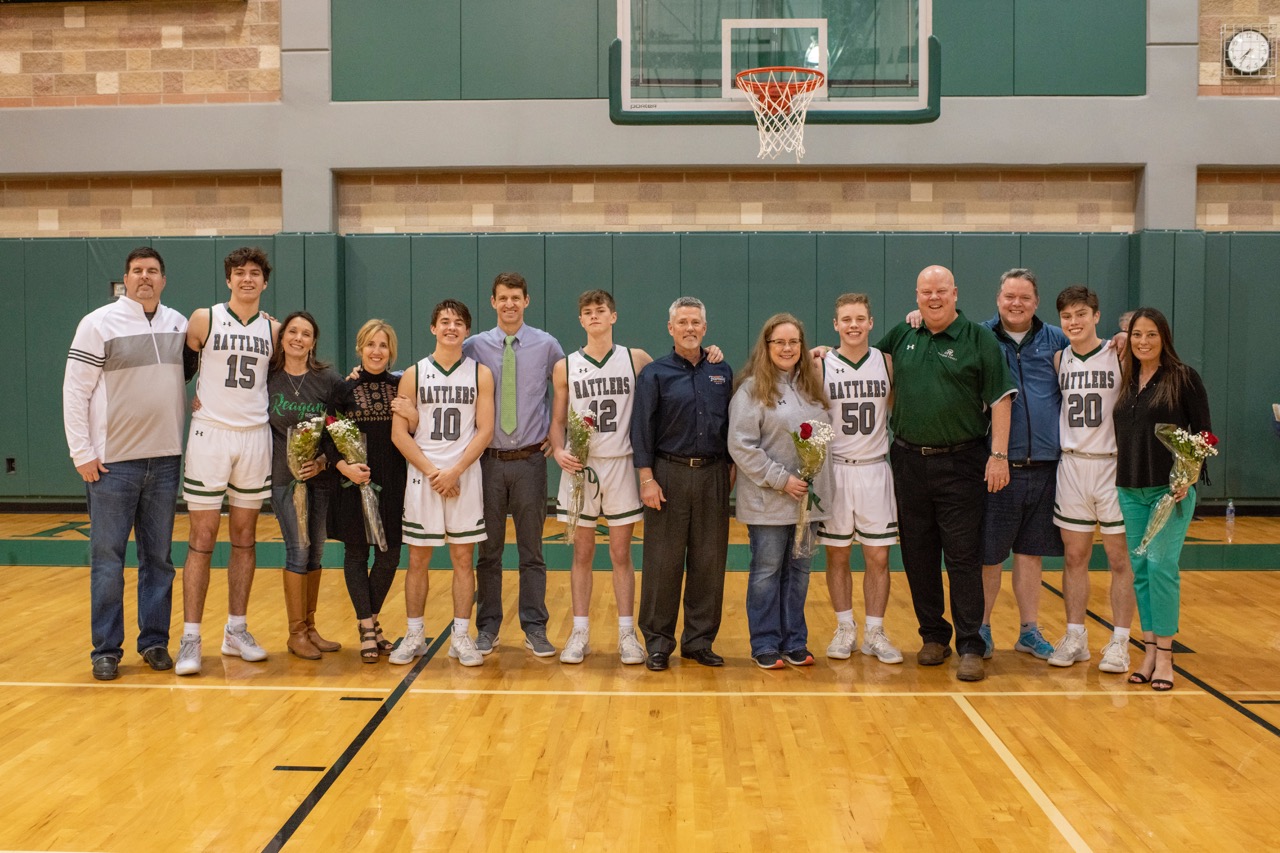 The Rattlers treated a packed Rattler Den to a thrilling 71-65 overtime win against the South San Bobcats on Senior Night. With the win, the Rattlers finished 20-12 overall on the season and finished third at 8-6  in District 27-6A . The win secured a Bi-District playoff spot for the Rattlers, who will meet the second seed from NISD, Warren High School next week at Paul Taylor Fieldhouse.

Prior to the game, Reagan honored five Seniors of the boy’s basketball team Class of 2020.

All five young men were joined on the court by their families for the ceremony.

All five seniors started the game and after a slow start, the Rattlers found their rhythm and were able to cut a sizeable lead for the Bobcats to just 5 at the half. The Rattlers took the lead in the third quarter and didn’t trail again until South San hit a 3 to tie the game at 58 and send the game to overtime. The Rattlers, behind a raucous crowd, took control of the game and secured the 71-65 win sending the crowd and players onto the floor to celebrate.

The Rattlers scoring was led by Will Carsten with 27,  Keith Davis 16 and Zach Lee 10 (including 3 charges). Also scoring were, Loya 9, Thompson 7 and Ferguson 2.