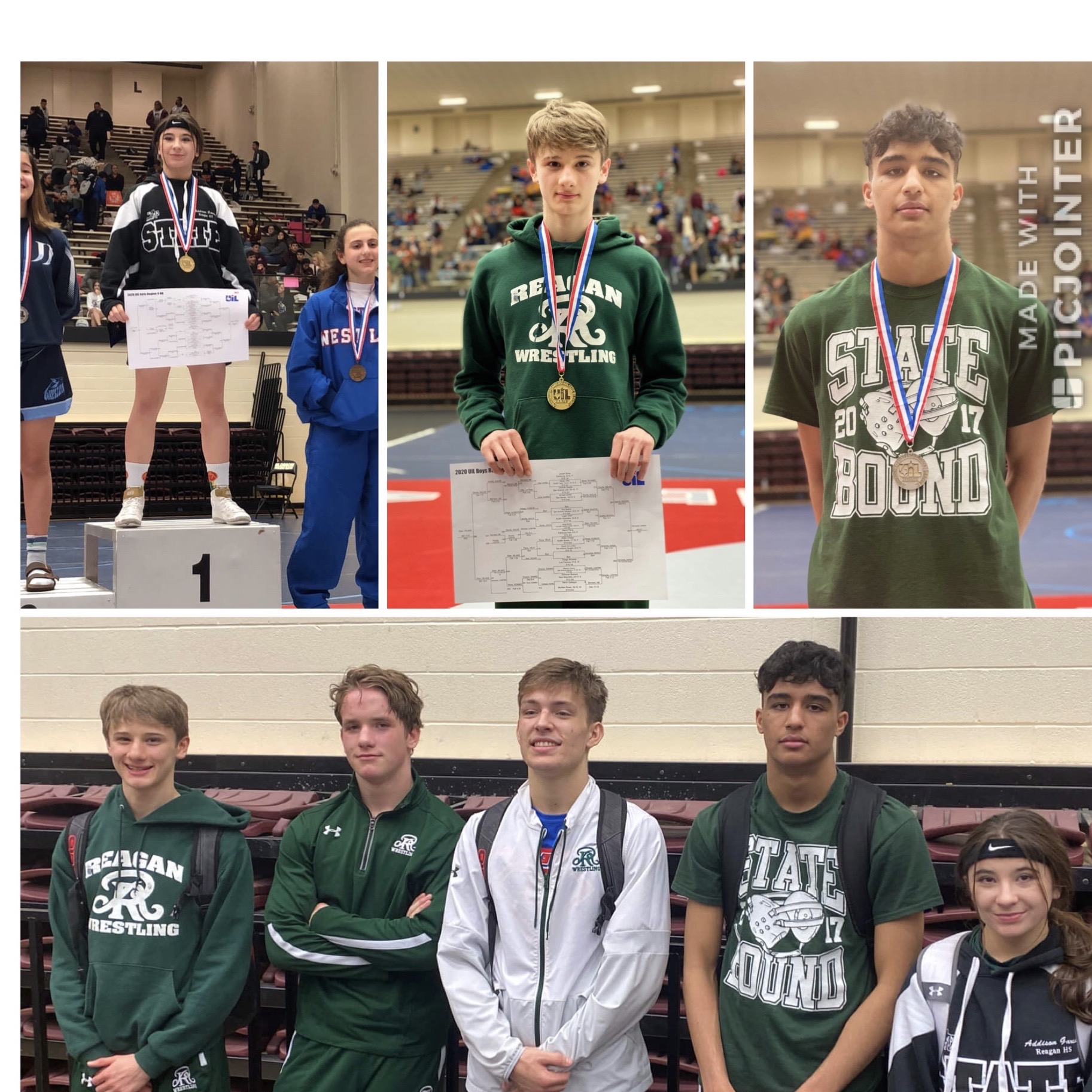 Junior Addison Garcia left no doubt who the Region 4-6A REGIONAL CHAMP at 102# is.  Garcia pinned her way to the Championship match, pinning her first opponent in an impressive 19 seconds, and her next 2 opponents in the second period.  In the finals she pinned her opponent with 5 seconds left in the first period to earn First in the Region and a ticket to the State Tournament.

Junior Zarek Hernandez also dominated and is the Region 4-6A REGIONAL CHAMP at 106#.  Hernandez pinned his first opponent in the first period, won by Tech Fall in his second bout, and found himself in the finals.  Not messing around, Hernandez won by Major Decision 9-0 to take home First in the Region and a trip to the Berry Center.

Junior Amir Mussali worked his way up the Championship side of the 138# bracket, and earned his spot in the finals with 2 pins and a 17-9 Major Decision Victory.  In the Finals Match versus a very tough Clemens opponent, Mussali went into the 3rd period down 0-4.  He earned a reversal making it 2-4, but ultimately ran out of time, losing a tough battle 2-6 to take home Second in the Region and a spot in the State Tournament.

Senior Tyler Brode will be going to the State Tournament as an Alternate in the brutal 152# weight class.  Brode won his first 2 bouts by decision, earning him a spot in the Semi’s.  In his next 2 matches Brode fought hard through his shoulder injury but fell short.  Not done yet, Brode left it all on the mat in his 5th place match.  Entering the 3rd period 0-0, Brode’s opponent scored 1 on an escape, but with 38 seconds left Brode answered with a 2 point reversal and held on to win in an exciting 2-1 match and 5th place.

Sophomore Blake Jenson also earned a spot as an Alternate in the 170# weight class.  Jenson pinned his first opponent, but lost his second bout.  He worked his way up the back side of the bracket with 2 pins, but lost in the Consolation Semi’s.  Jenson pinned his next opponent in the first period to earn 5th place, was able to challenge for 4th place, but lost by decision in an exciting 11-14 bout.

Sophomore Alex Sierra and Freshman Jimmy Benne battled hard but came up short, ending their 2020 High School Season.  Sierra went 1-2 for the tournament and Benne was 2-2.  They and their Rattler Teammates will continue to show up and drill hard this week to help their teammates get ready for the State Tournament, and then get back to work to prepare for next year.

Texas Wrestling is growing, as is your Rattler program with it.  We are proud of all of you and look forward to hearing great things next weekend and into the future!  #StrikeEm