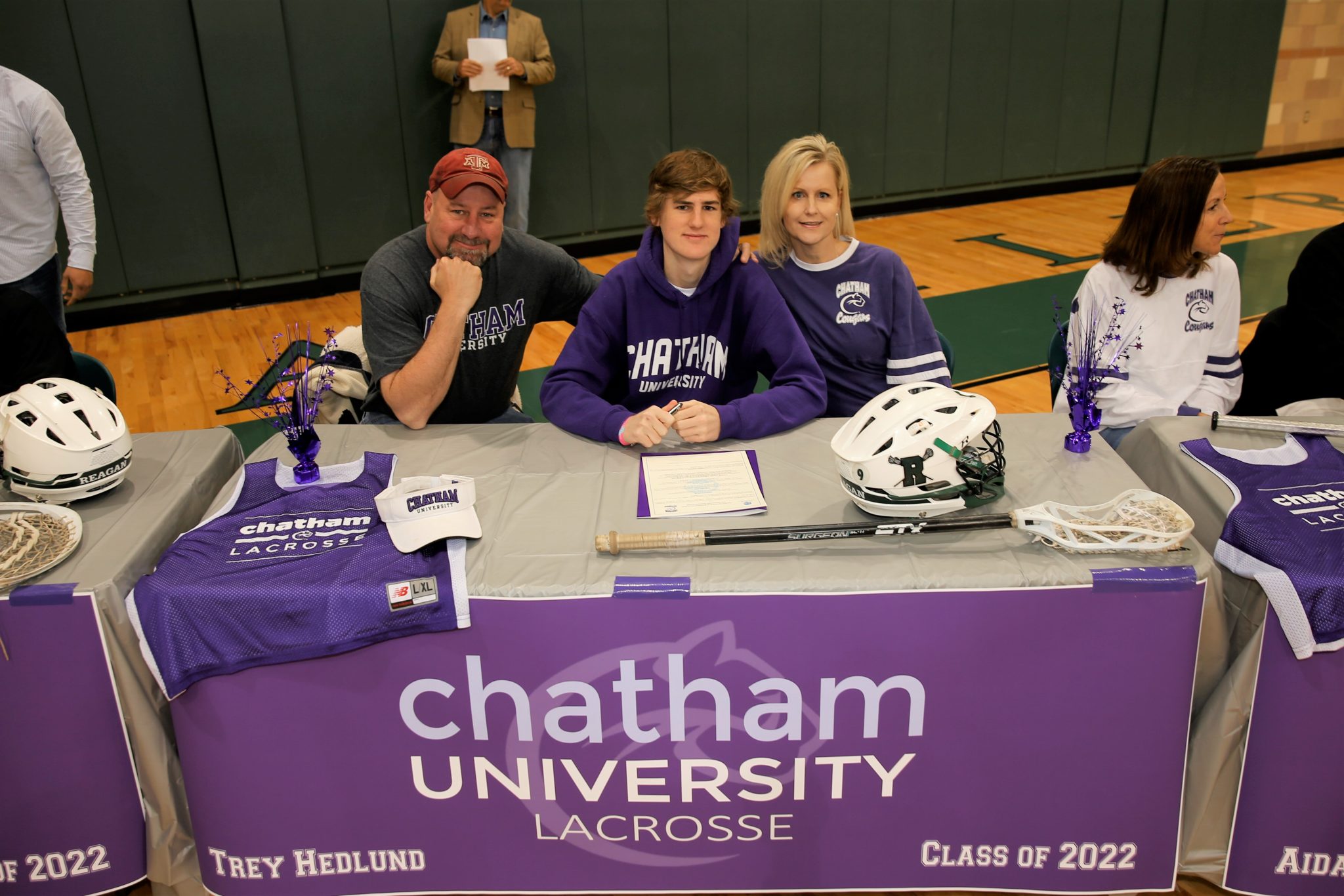 Hedlund started playing lacrosse with the inaugural middle school team, Reagan Lacrosse. He has played with several teams during the off-seasons including: Central Texas Youth Lacrosse Association (CTYLA), 210 Lacrosse, Mission Lacrosse, San Antonio Tacos, and plays box lacrosse with the San Antonio Men’s League on the weekends. During his tenure, the Reagan Lacrosse  team won back-to-back District Championships in 2017 and 2016. Hedlund earned All-District Attack in 2017, All-District Honorable Mention Attack in 2016, and was selected for the All-Star Team this past spring during the T-99 recruiting weekend.

We wish Trey the best of luck as he continues his success as a Chatham Cougar!