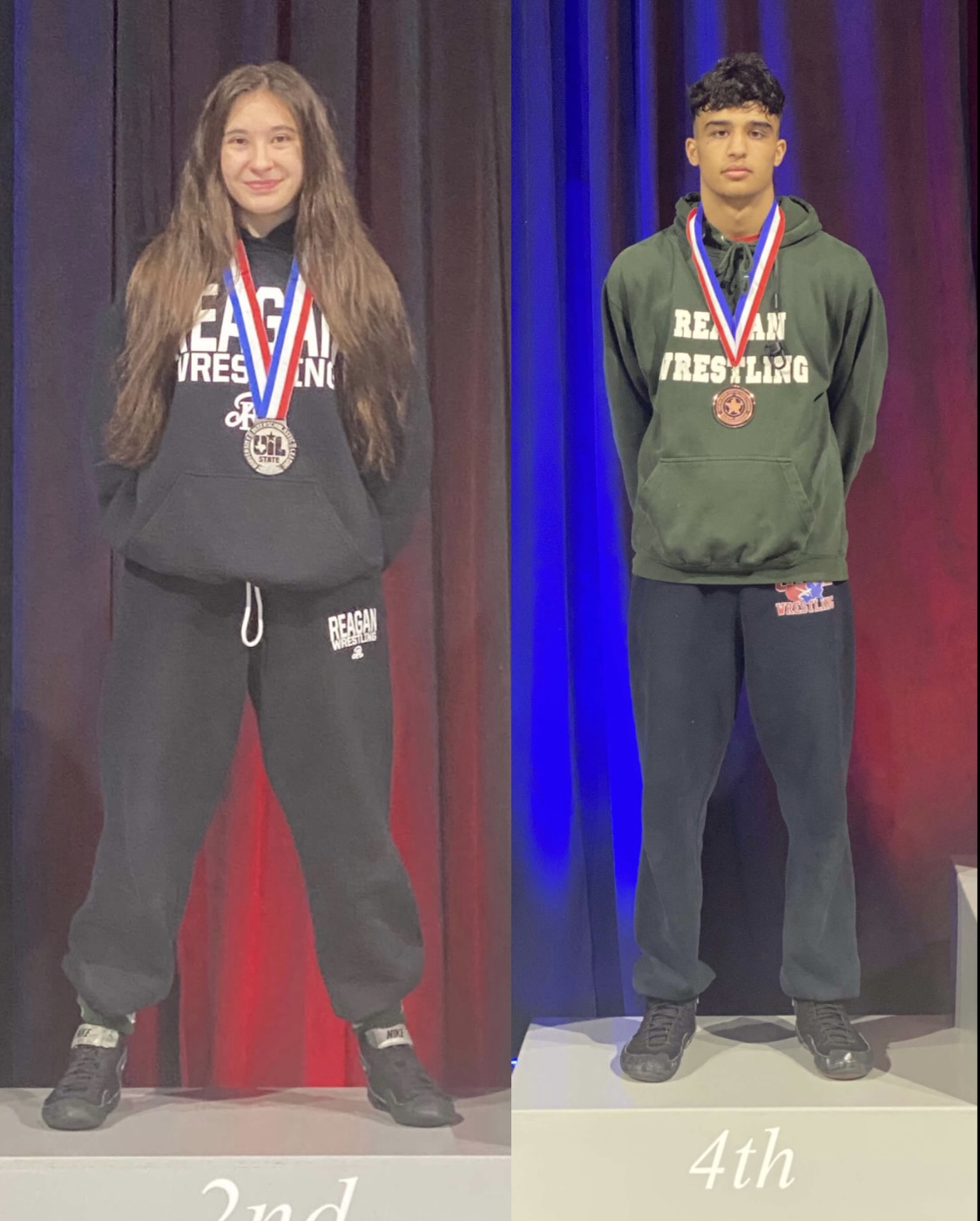 Last Saturday was a fast and furious day of wrestling at the Berry Center in Cypress with both Boys’ and Girls’ State being held in one day instead of the traditional two day tournament.  The brackets were smaller with only top 3 from each Region qualifying (as opposed to traditional top 4); yet the competition was no less.  Senior Addison Garcia placed 2nd in the 102# weight class, Senior Amir Musalli brought home 4th place in the 145# weight class, and Sophomore Jimmy Benne took away valuable mat time and experience.

Being Regional Champion, Garcia earned a buy to start her day in the Quarterfinals which she won by 7-1 decision.  In the Semifinals Garcia went up 2-1 in the first period with a takedown and then allowing an escape.  Second period she gave up another escape to tie the score, then countered with a quick takedown and gave up another escape.  Going into the third Garcia was up 4-3 where she was able to get an escape and finish the match with a 5-3 victory and a spot in the State Final.  She lost to a very tough Allen athlete, and brought the silver medal home to Reagan.

Musalli easily cruised though his first opponent winning by Major Decision 14-0 to get in the Quarterfinals.  There Musalli entered the 3rd period tied 5-5, exchanging a takedown, escape and reversal with his opponent.  Musalli then opened up and scored 9 points (5 nearfall, 2 takedown, 2 reversal) to win his match 14-6 major decision.  Musalli dropped the Semifinals match 4-10 and lost the next match 1-9 to earn 4th place on the podium.

Benne came up against some tough competition early, losing his first match major decision 2-13.  In his next match the first period and 1-1/2 minutes of 2nd period were scoreless, and Benne got caught in a cradle, giving up 5 points (2 takedown, 3 nearfall).  With choice in the third period Benne chose bottom, and with 57 seconds left got the 2 point reversal.  He then worked hard to the whistle to earn back points but came up just short, losing by 2-5 decision.

It was a very different year both on and off the mat, and the Reagan Wrestlers met every challenge by simply working harder.  Head Coach Paul Miller said he is very proud of all the work that his team put in this year.  To the Seniors he said, “I know that you all will move on and be successful in anything that you do.”